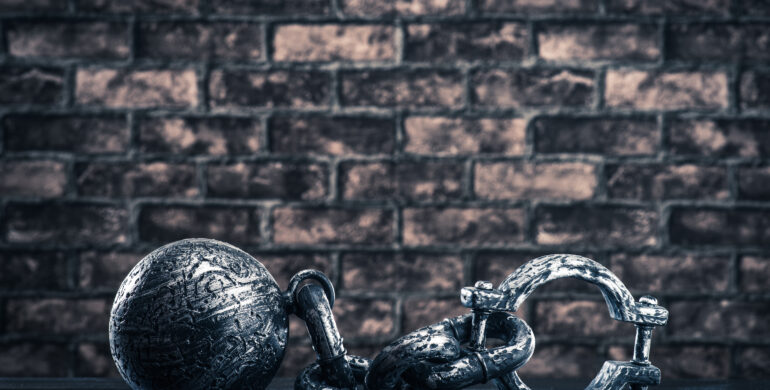 In September 2000, the state of Ohio sentenced Arnita to sixty months at the Franklin County Correctional Center in Columbus, Ohio for conspiracy to distribute a nonviolent drug offense.  During her incarceration, Arnita gave birth to her son, Waki.  Waki was born in shackles.

Due to conversations she had with other inmates, Arnita was aware that she would most likely be shackled during childbirth.  However, no staff member, including medical, informed Arnita that she would be shackled during childbirth.  US Marshals placed shackles on Arnita when she left her cell to travel to the hospital, and these shackles were not removed until she returned to the correctional facility two days later.
During Arnita’s C-section, her leg was in metal shackles, chained to the bed.  Arnita remembers the attending physician asking the marshal, “Do you really have to keep these shackles on?”  The marshal’s response, “Yes, it’s procedure.”  In addition, Arnita stated “during her two-day stay at the hospital, the handcuffs were always on, even when I went to the bathroom.”
Arnita states that the “same stuff is still going on, this same thing happened to my niece,” but, up until this interview, Arnita had not shared this experience with anyone, because in her own words, “I didn’t think anyone cared.”
Arnita is now in a long-term family-based substance abuse treatment program in Columbus, Ohio that provides effective intervention services to the whole family. Arnita is reunified with her son, Waki, and she is raising him as a clean and sober mother.

Tags: prison birthprison conditions
We will redirect to paypal for complete payment in 15s, if not please click here