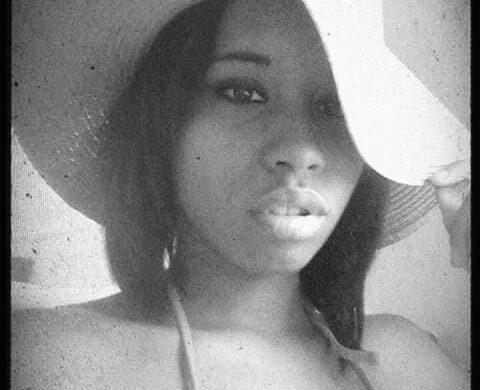 Rochelle Russell lost her only child Breanna she passed away 19 days (about two and a half weeks) after giving birth to a healthy baby girl named Aubrey Elizabeth. The birth of her granddaughter was the happiest day in both of their lives. Breanna was so happy and ready to be a parent, scholar, wife, and a productive part of society. Unfortunately, who knew that Depo Provera had another plan? Her tragic story would save lives across the globe. 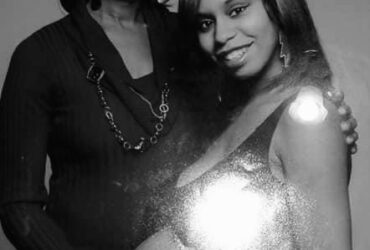 Breanna was Rochelle’s miracle baby; she was the light of her life, and she meant the world to Rochelle.

Breanna went to her mother when she was 13 yrs. Old and asked if she could get on birth control even though she was not sexually active and as her mom Rochelle made plans to speak to the doctor about the best birth control for her. At the time Rochelle had mentioned Depo Provera because of how well it worked for her with her pain and bleeding from her severe case of Endometriosis. (Rochelle did not know 20 yrs. later Breanna’s body would pay the price for using Depo Provera.)

At the time the doctor told them both that Depo Provera was safe and the only side effects would be MAYBE a slight headache and some weight gain. They lied, her daughter suffered terribly while on Depo, and none of the doctors would listen to her.

After being on Depo Provera for 5 yrs., Breanna and Rochelle were not told you can only be on it for 2yrs., and experiencing horrible side effects like,

Soon after getting off Depo Breanna became pregnant. Oh, how excited we all were. Her baby was having a baby! She was afraid about giving birth but I as her mom assured her that all would be well once she felt that amazing feeling of giving birth. The pregnancy was an easy one up until the last week before her due date when she began complaining about bad headaches which we chalked up to just being pregnant.

Her beautiful grandbaby came into this world healthy and loved.

However, her Bre was not. Her headaches got so bad that she would get about 12hrs of sleep in 9 days. She was a trooper and fought through the pain to be there for Aubrey. On day eight after having Aubrey, Bre’s headaches were so severe that Rochelle took her to the emergency room where they doped up her breastfeeding daughter with immensely powerful narcotics and then sent her out the door. She could barely walk, and her mom had to carry her into the house and up the steps to bed where she got maybe 2hrs of sleep when she woke, we called her dr. who screamed at her because he was having a difficult day, “you just had a baby deal with it!” and then hung up on her. She was devasted, confused, and still in pain suffering.

All that day, she had been trying to get Bre to sleep, 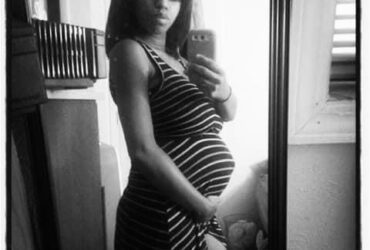 and finally, she went into the bedroom after about an hour and heard her get up and go to the bathroom. She heard a loud thud and ran to the bathroom where she found her beautiful baby in her feces and vomit which covered the entire bathroom. She was terrified but only thought she had caught a stomach virus or something. After getting her cleaned up and back in bed and she finally slept for a few hours. She continued to allow her to sleep until Aubrey’s dad came home and went into the bedroom and screamed… “Call 911!!!!! She was so afraid this was profoundly serious but nothing like the reality of what was happening. The paramedics fussed at Bre as she lay in the bed and about six paramedics worked on her, and she was unresponsive, but her arms and legs were flailing and she  remembered hearing the paramedic saying, “If you kick me, we are going to have a problem!” Rochelle will never forget that. It took them almost 30 minutes to get her downstairs to the ambulance where they sat another 30 minutes or so.

Finally, after getting her to one hospital, the family was told they had to life-flight her to another hospital capable of doing an MRI of her brain. It was so hard in that waiting room not knowing what was happening to her Dew bug, her beautiful Bre. Her doctor came and waited with them. How could this be happening? After an hour the family was told they had to rush Bre into emergency surgery because she had a serious brain bleed. After coming out of surgery, not more than 20 min later, they had to rush her back into the operation room for another brain bleed. After getting her stable, Rochelle was allowed to see her and was shocked, saddened, confused, and helpless toward her. Her baby’s beautiful hair was shaved off on one side and her head was so swollen and there were tubes everywhere. Rochelle remembered her hands were no longer soft and warm now they were cold as ice. The family was told that her brain bleeds were caused by Inter Cranial Pressure which also caused a stroke. How? She was only 20 yrs. old and did not drink or do drugs of any kind. The Dr. said that it was not caused by her fall in the bathroom. After 10 days on life support, the family was told that she could live but would have zero quality of life and Rochelle had to decide to either keep her on life support or give her back to God. She chose to give her back to God because of a conversation Bre and her mother had days before she had the baby. She said that if something ever happened to her and after 10 days on life support and if there was no hope for some quality of life to let her go and donate her organs and not allow people to “hover over her!” So, when the dr. Took us to that horrible room, Rochelle knew what she had to do. Rochelle had to be selfless and let her go. How does this happen, Rochelle asks again. She came home to be with her only child as she gave birth just to bury her a month later, 4 days before Christmas.

Rochelle had no idea what happened to her daughter for 3 yrs. Until she was cleaning her house when the tv came on one of those, have you or a loved one drug defect commercials came on and every side effect listed was what her Bre suffered. It was a Depo Provera. Since having a place to start researching what happened to Bre she found Elaine Riddick of the Rebecca Project for Justice and has found the strength and the will to share and to get this horrible drug off the market, or at the very least inform the women of ALL the side effects and withdrawal effects so that they can make an informed choice which was stolen from Bre. It cost Bre her life and her granddaughter her mom. The guilt she feels gets overwhelming at times. Her job was to protect her, yet she let the drug company use her to poison her child.

“How cruel is that? They knew Depo Provera was dangerous and failed to tell people while Doctors dismiss their complaints.  Depo Provera is another tool used in modern-day eugenics. Depo Provera is a slow genocide. Many women have been hurt by this drug more so in the Black and poorer communities and we must ask ourselves why and what are we willing to do to get Depo off the market and hold everyone who hid this information accountable. I am willing to use her voice and share Bre’s story even through the pain.” 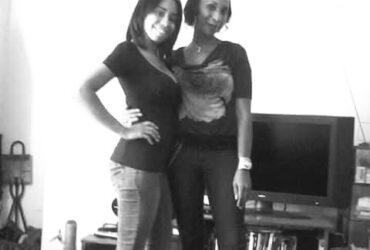 These are the words of Rochelle Russell.

Tags: Birth ControlClass Act LawsuitContraceptiveDepo side effectsDepo-VeraPfizerPlanned Parenthood
We will redirect to paypal for complete payment in 15s, if not please click here