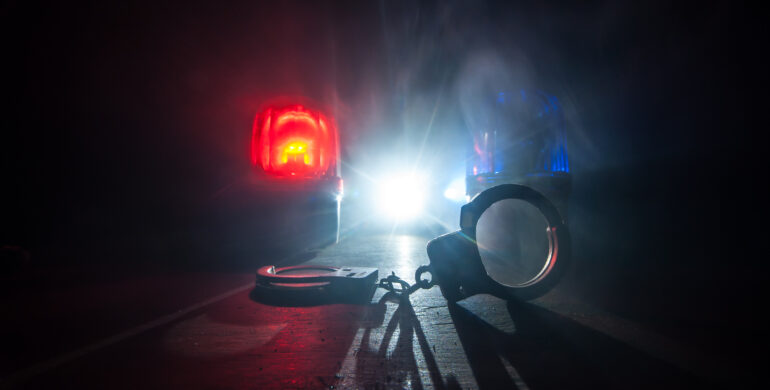 In 1989, Gwen was arrested and held at the Rice Street Jail in Atlanta, Georgia for two weeks.  Gwen remembers that the conditions at the jail were overcrowded.  The women stayed in a large holding cell during the day.  They were supposed to be moved to cells for the night, but the jail was so full that women like Gwen spent the nights sleeping on the floor of the holding cell.

During one of these nights of sleeping on the floor, Gwen began to feel pain in her stomach.  She realized that she was bleeding heavily.  Gwen did not know what was wrong, but she sensed that she was hemorrhaging and that she needed to get to a hospital.
Another inmate placed a call to the guards using a callbox located in the holding cell.  Once the guards responded and saw her bleeding, they took Gwen to the infirmary where she waited for at least an hour to be transported to the hospital.

Gwen, tired, scared and bleeding, was transported to the hospital in shackles.  She remembers that she was “running hot and cold with chills,” but despite her obvious physical and mental distress, her ankles and wrists remained shackled.  The guards kept her shackled as she was admitted to the hospital and as she was moved to the labor and delivery area.

Once Gwen was in a hospital bed, guards removed the shackles from her arms, but left her leg shackled to the bed.  Gwen recalls that she lay in the bed for a long time, waiting for a doctor.  When the doctor arrived, he told Gwen that she was having a miscarriage.  He then asked the guards to remove shackles from Gwen’s leg while he performed a procedure to remove the remains of her pregnancy.
Once the procedure was over, the guards replaced Gwen’s shackles and she was moved into a recovery room.  No one at the hospital gave Gwen any information about the cause of the miscarriage, but Gwen believes that it may have been triggered by the circumstances of her arrest, when guards pinned her, face down, to the ground.  The pressure on her body may have been too much.
Gwen remembers that she felt numb after the miscarriage.  She told herself at the time that it may have been for the best.  She thought, perhaps, that baby was never meant to live.
Today, she wonders about the baby she lost.  She prays about it, saying “I know my baby is in heaven.”
Gwen describes the treatment she received at the Rice Street Jail as “inhumane.”  She says, “No matter what anyone does to end up in jail, they don’t deserve to be treated like that.  No one deserves that.  There should be a law so that no women have to go through what I did.”

Tags: Mothers in PrisonShackled
We will redirect to paypal for complete payment in 15s, if not please click here