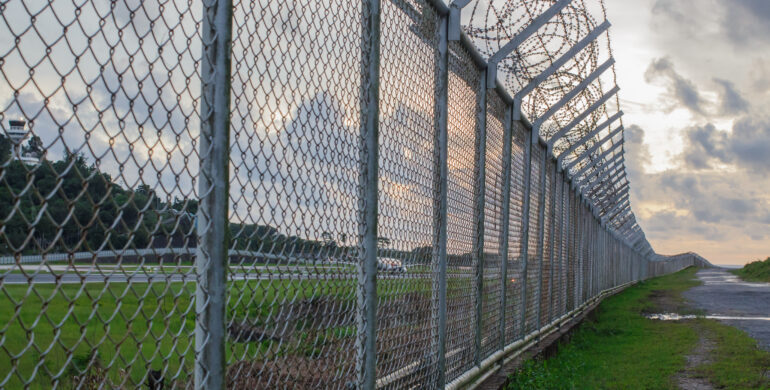 Serving four years for a federal violation of probation, due to her drug addiction, Tessa was in the custody of the state of Florida in 2002 and incarcerated at the Hillsboro County jail during the last two months of her pregnancy.  While Tessa acknowledges the poor choices she has made in the past, she is adamant about the state not punishing her son for her mistakes.  In Tessa words, “it wasn’t my son’s fault that I was in prison.”

During her pregnancy Tessa was transported twice by the US marshals, in shackles. In April 2006, Tessa went into labor and was transported to the Tampa General Teaching Hospital. The guard placed metal ankle shackles on Tessa as soon as she arrived to the delivery room. Consequently, Tessa could not sit up or stretch in an effort to relieve herself of the physical discomfort of laboring with an eight-pound baby.
Tessa labored for sixteen hours, in shackles. During the birthing of her son, as Chance’s head started to crown, the physician demanded that the guard take off the shackles.  The prison guard, while citing protocol, listened to the physician’s demands and took the shackles off after Chance’s head surfaced.  The guard took off the shackles, however as soon as the baby fully emerged, he placed the shackles back on Tessa.
After giving birth to Chance, Tessa developed a uterus infection, possibly as a result of being shackled.
Tessa now celebrates sixteen months clean and sober from her addiction.  Tessa is the proud mother of Chance, whom she regained custody of after her incarceration. While Chance is in child daycare, Tessa is gainfully employed at “Doggy Day Care,” and continues to work on her sobriety and raising her son in a safe, stable and healthy home. Tessa shares her story in the hopes that “no one else will have to go through what I have had to go through.”

Tags: prison birthsShackled while giving birth
We will redirect to paypal for complete payment in 15s, if not please click here